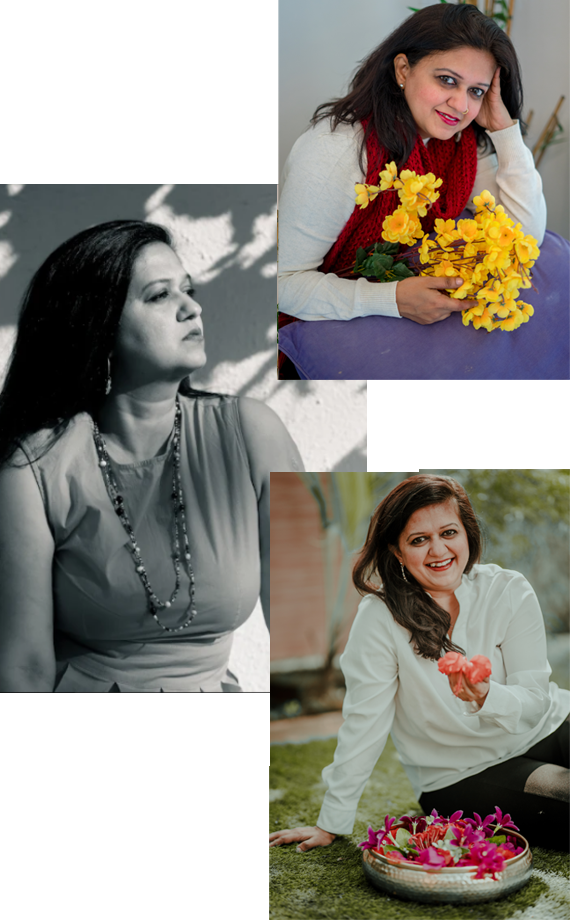 Tarannum Yogesh Dobriyal is an Author, Speaker, Intuitive Coach, Mindfulness Master, and a powerful voice in the arena of energy healing, mindfulness, and awakening consciousness. Tarannum has acquired a Master’s degree in Psychology with over two decades of experience in empowering and shifting lives.

She is also certified as Neuro-linguistic programming (NLP) master practitioner, TimeLine, and Hypnotherapy Master practitioner. She has invested over 20 years of research in the field of parapsychology.

Tarannum is the Founder of Enlightenment®, Tarannum has impacted over 2 million lives globally through her teachings, intuitive counseling & coaching sessions, and Path to Enlightenment training programs.

During her growing up years, Tarannum realized that she was unlike most children her age. Her intuitive abilities were brought to fore as a result of a premonition received through her late grandfather’s spirit who forewarned of her father’s demise and the challenges that lay ahead.

He also told her that she had a unique gift and that she must use it to help society. Post her father’s demise (as predicted by her grandfather’s spirit), Tarannum had to step into the role of a provider and during her college and early career days, she realized that she was able to read the thoughts of people and counsel them to overcome their difficulties.

As any rational and logical person, Tarannum tried to fight this thought of being ‘gifted’ and sought advice from her psychology professors who in turn referred her to books written by eminent authors including Carl Gustav Jung (Swiss psychiatrist and psychoanalyst), Dr. Stanley Kripnerr (American psychologist, parapsychologist) and Dr. J.B Rhine (American botanist who founded parapsychology as a branch of psychology) who have had a huge influence in her life.

After thorough research on the subject, Tarannum accepted the fact that she indeed possessed a ‘gift’ that was quite rare. This led to a greater realization that she could use her power to heal and empower people going through various struggles in their lives.

Her deep desire to empower people so they can look at their life challenges as, nothing but miracles waiting to unfold, led her to curate a program – Enlightenment – that helps develop Metaphysics and sharpen the Sixth Sense. Conceived in 2004, the objective of this program is to help build the spiritual strength in people so they can address their day-to-day challenges, achieve their true soul potential and realize their soul dreams.